Building an app is a complex process, but just like any other product launch, it needs extensive testing to iron out any errors in its system. The cost of an error, no matter how minor, can plummet your app’s release down long before it can aim high.

Not to mention, users are quick to leave negative feedback and poor ratings on App Stores, which means launching your app without fine-tuning the nitty-gritty details can be a recipe for disaster. So what can you do to maximize your mobile app testing and ensure it covers all areas before you go public?

App testing is a laborious process, but it’s important to take the smarter route and generate more value at a faster rate by automating your test runs across multiple emulators. This should churn out plenty of test results in half the time it takes manually, but remember there are only select areas that work better for automated testing.

Repetitive tests, frequently used functions, and tasks that have high risks of human error can be better off with automated testing, but it’s important to conduct manual testing for areas that heavily impact the user experience. This includes manual testing for usability, UI, compatibility, and more.

Testing on emulators can remove initial problems in the early stages of your app development, but it won’t do anything to spot problems in real-world scenarios. That’s why you can’t skimp out on testing on real devices so you can cover issues involving connectivity, battery drain, call or SMS interruptions, camera functionality, and even OS combinations.

Many testers swap out usability testing for beta-testing, but both are distinct stages that spot different issues. Usability testing is great during the design stage since it helps developers create a list of application features that real users will likely use.

On the other hand, beta-testing is great for understanding the impact of the entire system, allowing developers to determine the essential application features and what kind of approach the app will take down the line.

The Bottom Line: Taking the Right Steps to Improve the Effectiveness of Your Mobile App Testing

The world has increasingly become digital, but beyond desktops, people now primarily rely on mobile devices to access information, software, and applications. As Statistica predicts there will be 258 billion mobile users who will download mobile applications by 2022, the tech industry is bound to see mobile app development dominating the landscape from here onwards.

Are You Looking for the Best Mobile Testing Tools for Your App Development?

Taking the next step in bringing life to your application is an exciting phase, but gathering the right groups to test your development can be time-consuming. Skip the long search and utilize the fastest way to distribute your app with TestApp.io!

We offer a platform for mobile app developers where they can send test versions of their apps and get valuable feedback. Get in touch with us to vet your app’s functionality and quality before the big launch. 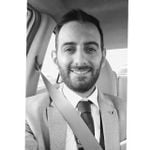